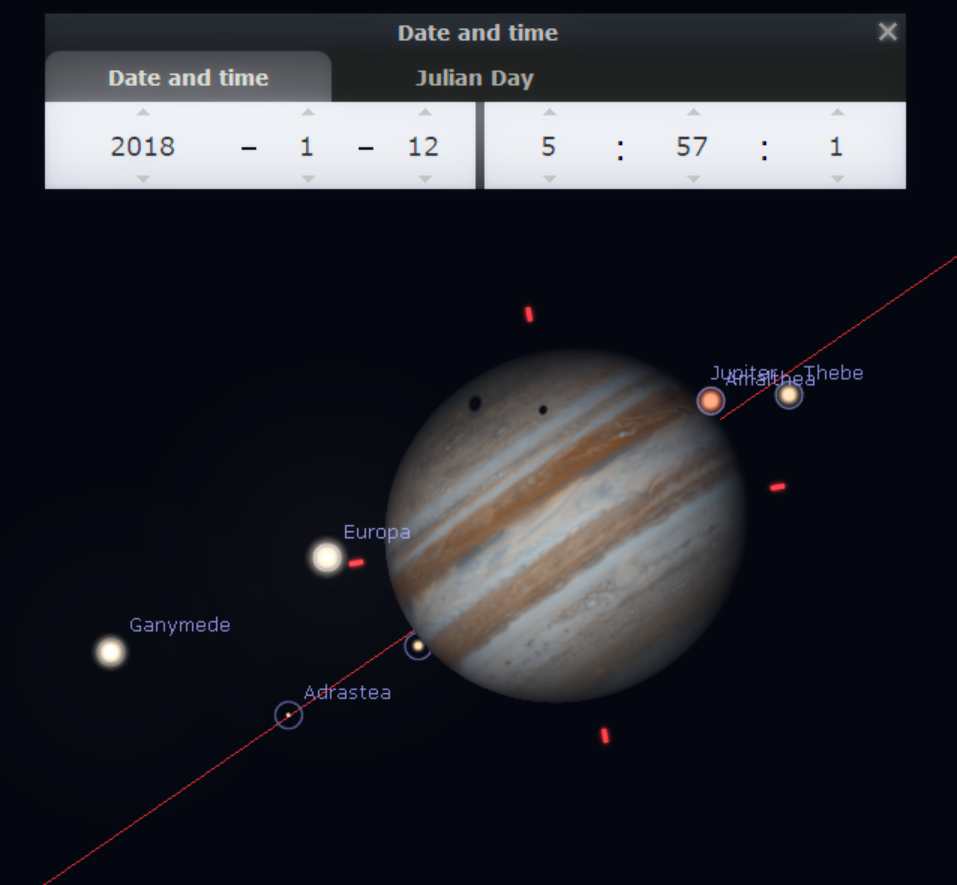 The New Year is upon us and living rooms are cluttered with new bits of astro kit that are just screaming to be taken out into the cold, dark night. If you’re an armchair astronomer, perhaps you plan to visit the European AstroFest 2018 on either 9th or 10th February at the Kensington Conference and Events Centre in London (http://europeanastrofest.com/). Well get your tickets early and maybe you’ll get some new astro kit too.

The Moon is Full on 2nd January(am) and 31st January. It is New on the 17th January(am). Hence  the weekends of 13/14th or 20/21st would be best for observing deep sky objects (DSO) with binoculars or telescopes. For photographers, the Moon reaches perigee on the morning of 2nd January and will be the largest and brightest of all this year’s displays. For the romantics, two Full Moons in the month (or more correctly four Full Moons in a Season) mean the second is a Blue Moon. It occurs every 2 or 3 years.

Unfortunately the Quadrantid meteor shower this year will suffer from the Full Moon. It is a tight stream of debris that this year should peak on Wednesday 3rd January at around 7pm UTC. It has seen peaks of over 100 in prior years and the radiant is away from the ecliptic in Boötes between the tail of the Plough and the Head of Draco. The Moon is likely to reduce the observable count by at least a factor of 10. The shower is named after a now deceased constellation Quadrans Muralis which was removed from the skies by the IAU in 1922.

Now is traditionally the best time of year to ensure you make the most of the night sky. The long evenings have only just started to recede and the weather is often more cold due to high pressure systems with frosts and stable air. If only the clouds would clear. So be ready with your astro kit to avoid wasting an evening getting it unpacked and realigned.

Astronomical twilight ends at 18:15 at the beginning of the month and moves later to 18:53 by the close. This twilight starts each morning at 06:12 and 05:54 for the month beginning and end respectively. Times are based on Bristol, UK.

The must see events of the month belong to Jupiter which can be observed in the early hours of the morning. The first is a transit of Jupiter’s disk by both Europa and Ganymede on 5th January commencing at 04:35 and 05:52 respectively. Europa’s shadow should precede the moon and be observable on Jupiter’s atmosphere until 04:50. If you watch the entire show, Io should pop out from behind Jupiter at 06:13 that morning too. The second event is on 12th January and involves the shadows of Europa and Ganymede. Europa’s shadow will transit from 05:08 to 07:25 and Ganymede’s from 05:40 to 07:34. Again if you watch the entire show, you’ll see Europa itself start to transit the disc from 07:15.

At the start of the month in the early evening, you’ll find Uranus high to the South between the ropes/ribbons that tie the fish of Pisces. It is binocular object but ensure you have a star chart to confirm the position. If you use a telescope of medium magnification, you should see a disc which will easily allow you to see it in a point source star field. This high position affords you a good view clear of air closer to the horizon.

Neptune is in the Southwest at the same time but at only half the altitude in the sky. It is travelling through Aquarius and is around magnitude 7.9. You’ll need a well aligned Goto or a star chart to confirm you have the right object as it’ll be hard to resolve a disc in medium scopes in average seeing.

By 23:00 during early January, Orion will be due South but the Nebula will be washed out by the light of the Moon. As the Moon moves to Last Quarter, the detail in the nebulosity will return and worth training your scopes on again.

Jupiter and Mars rise around 04:00 each morning and improving through the month. They are low in the sky but reach due South just as the Sun rises. Following the arc to the rising Sun, you’ll find Mercury (greatest western elongation on 1st January) about halfway, Saturn is lost to the glare and sits between Mercury and the Sun currently. Even closer resides Venus and is not observable.

For those interested in deep sky objects, this time of year is good to practice finding and observing Messier objects, which in the darker Winter skies are easier to find. Such practice is invaluable if you want to undertake a Messier Marathon and try to see as many of the 110 objects in one evening.

Around the middle of the month, why not look due South around 21:00 and try to find:

More objects from the Messier list can be found here.