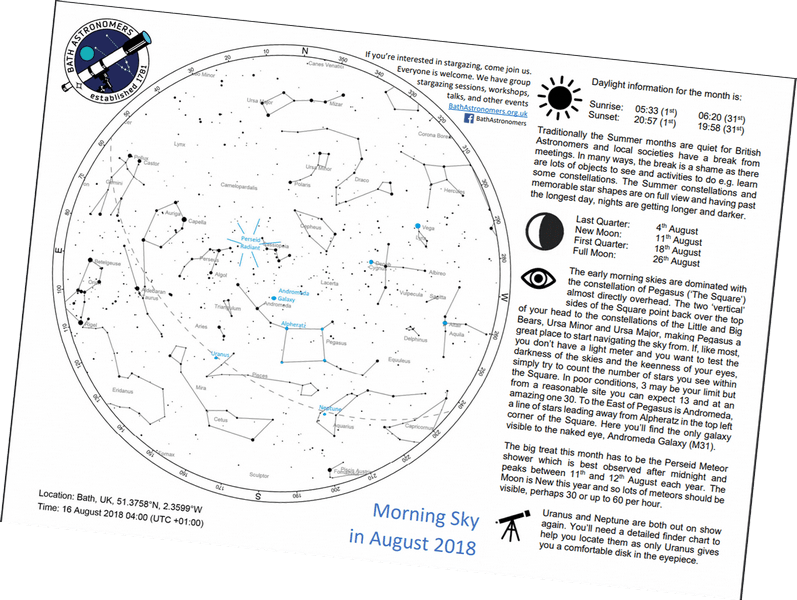 The big treat this month has to be the Perseid Meteor shower which is best observed after midnight and peaks between 11th and 12th August each year. The Moon is New this year and so lots of meteors should be visible, perhaps 30 or up to 60 per hour.

This most notable grouping of stars looking up and South is the ‘Summer Triangle’. Called an asterism, it is made up of three stars within separate constellations: Vega in Lyra, Altair in Aquila and Deneb in Cygnus. This association of stars sits across the path of the Milky Way helping you locate it in lighter skies. The evenings this month are a good opportunity to see 4 of the other 7 planets. They are all low in the sky and spread from Eastern to Western horizons. Catch bright Venus first around 8pm in the West. On 14th August, it’ll be directly below the Moon so easier to find as the Sun sets. Next is Jupiter, then Saturn due South and by 10pm rising Mars will have gained sufficient height to be visible to most. Having reached it’s brightest and closest only a few weeks ago, it is a magnificent bright red object.