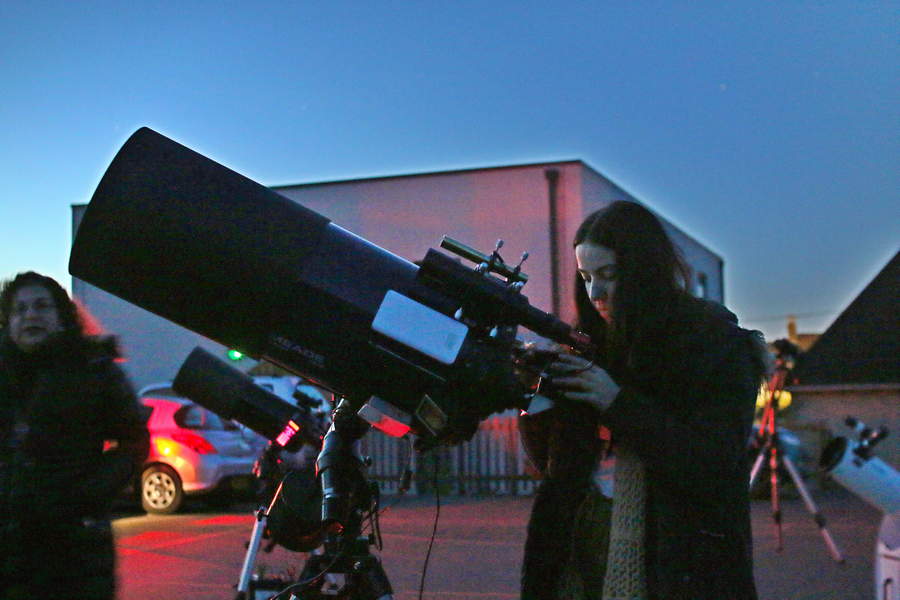 What a lovely night down at Hutton supporting Space Detectives and the local CPRE group on promoting their Starry Skies initiative to get people in the area looking up and considering the impact of light pollution.

The event took place between Hutton Village Hall and the playground of Hutton Primary School. There were 4 telescopes scanning the heavens for visitors to look through and 10 pairs of binoculars. Michael from Wells and Mendip Astronomers and Simon from Bath Astronomers welcomed the groups as they strolled into the playground and introduced them to the Winter (going Spring) sky.

The star of the show was the conjunction (closeness in the sky as seen from Earth) of the planet Venus and the crescent Moon. Never quite the same in photos, we still tried to capture the magnificence of the event as it swept across the western sky during the evening.