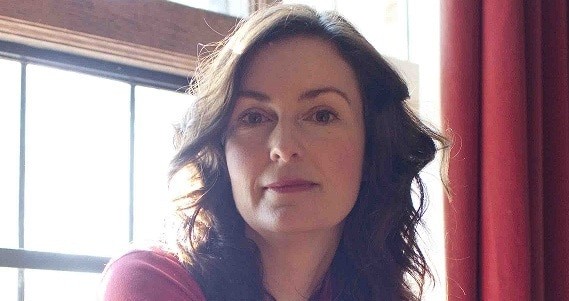 Prof. Lucie Green is talking to Bath Astronomers on Wednesday 27th October @7:30pm. The topic is of course the Sun, her career specialism, and in the context of the current Solar Orbiter mission.

110 times wider than Earth; 15 million degrees at its core; an atmosphere so huge that Earth is actually within it: come and meet the star of our solar system, the Sun! This talk guides you through the Sun and its complex character and describes how the European Space Agency mission Solar Orbiter is helping scientists answer some outstanding questions. For example, how does the Sun create the constant and gusty outflow of plasma known as the solar wind? How do emissions from the Sun change during their journey into the Solar System? And why does the Sun produce spectacular eruptions and explosions in its atmosphere?

Lucie is a Professor of Physics and a Royal Society University Research Fellow based at the Mullard Space Science Laboratory, UCL’s Department of Space and Climate Physics and studies activity in the atmosphere of our nearest star, the Sun. In particular, looking at immense magnetic fields in the Sun’s atmosphere which sporadically erupt into the Solar System.

Lucie is very active in public engagement with science and delivers fascinating talks to schools, corporations and festivals on astronomy, space weather, climate change and the Sun.

Her presenting credits include Stargazing Live, Sky at Night, Horizon: Transit of Venus, Timeshift: The History of Extreme Weather and Inside Science (BBC 2). Lucie is also a regular guest on The One Show (BBC 1) and is a popular contributor to various radio programmes including Infinite Monkey Cage (BBC Radio 4) and Slooh Radio (USA).

Her first popular science book is called “15 Million Degrees: journey to the centre of the Sun”, which discusses the history and current activities in solar physics. It is available in paperback and hardback.