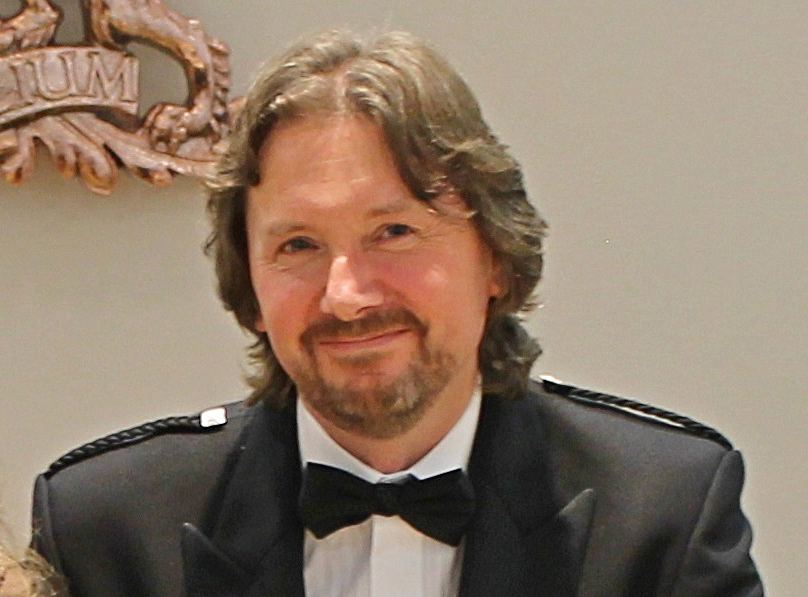 We are joined by Mark McIntyre for our monthly talk on Wednesday 30th March. His talk is entitled “Meteors: an Observers’ Guide” and kicks off at 7:30pm.

Mark is an astronomer and astrophotographer based in Oxfordshire, UK with his wife Mary and their many cats. They met through Astronomy and share a passion for the subject which they try to pass on to everyone they can. They have a garden observatory, a second outdoor pier and several scopes of various sizes and makes as well as several meteor-spotting cameras fixed permanently on site and feeding data to UKMON Live.

Mark first discovered his love of astronomy aged about nine, when his parents bought him a cheap 3″ refractor with a wooden tripod and fork mount. It had a built in barlow that promised magnifications of 50-100x ! As if…. He promptly dismantled the scope to find out how it worked – and lost the barlow! Without it, the scope was of course useless so it got stuck in a cupboard and forgotten.

It wasn’t until he was 12 that he returned to it, by which time he’d lost the tube and tripod too. He found that he could attach the objective and focuser onto a bit of three inch drainpipe and by trial and error he found the right length. He then nailed the fork onto a fencepost – and with this monstrosity he first saw Saturn and its rings. And was hooked…

He has since upgraded a bit. In the nineties he bought a 4.25″ Newtonian from SCS Astro which went on holiday with them more than once. Family then ‘got in the way’ for a few years and it wasn’t till 2011 that he bought his 10″ Dobsonian. He’s since added an 8″ Richey-Cretien, 66mm William Optics Refractor and 50mm Coronado PST. The Dob is now mounted on wheels and lives in a little shed in the garden, and the others live in our observatory with Mary’s scopes. The observatory scopes are computer controlled, though he still spends time in the cold getting things aligned and swearing at the computers when they go wrong.

Outside Astronomy, i’m a computer programmer, and i spend a lot of time tinkering with hardware and software. Present projects include using a raspberry pi to download weather maps from satellites, running Linux on an iMac, and running OpenVMS on both Linux (on the iMac!) and on a Raspberry Pi. I also enjoy gardening, woodworking, carpentry and vehicle maintenance though with modern cars its hard to do much more than reset the warning lights…