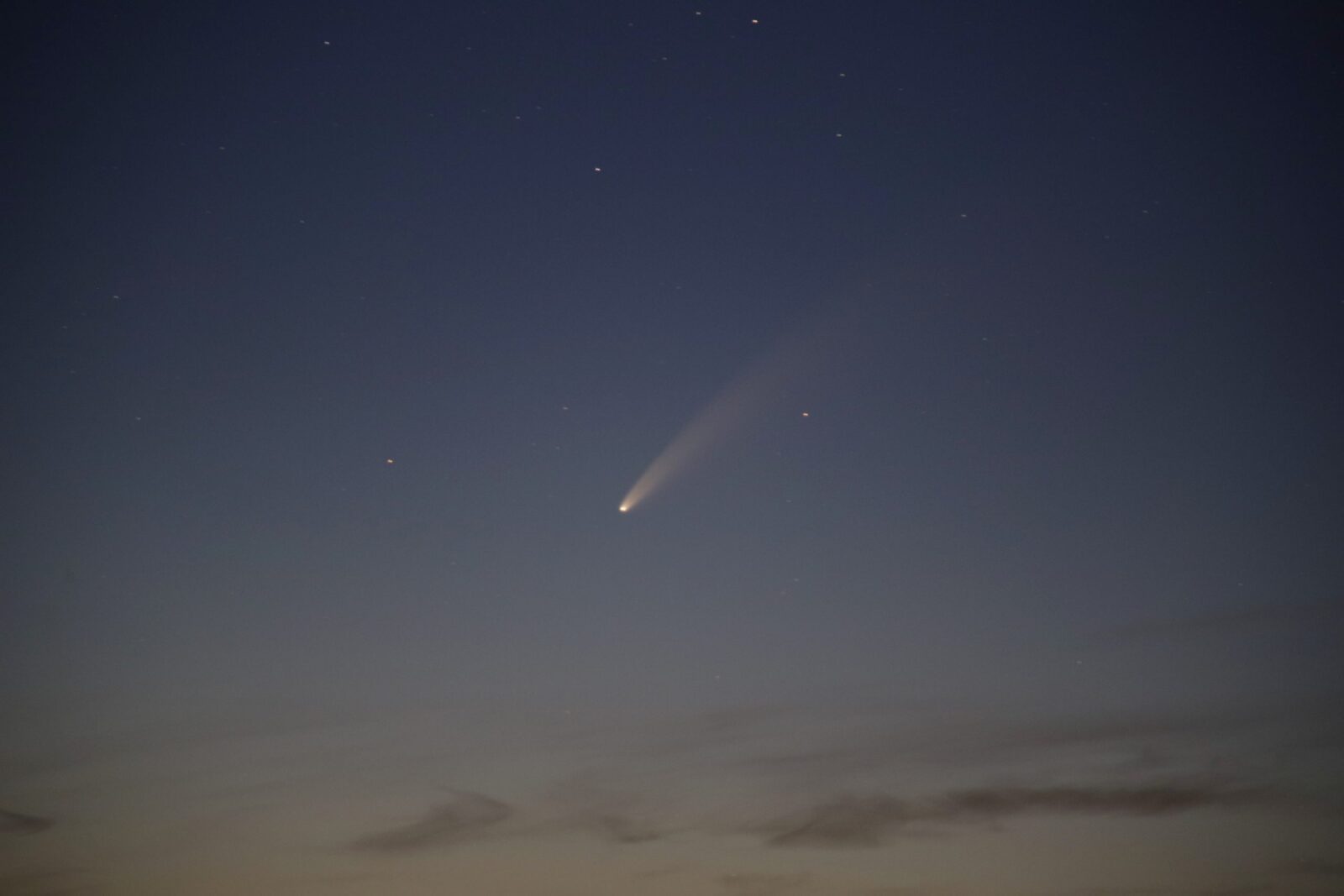 For the next few weeks, the Summer skies will be blessed with perhaps the finest naked-eye comet in the last 15 years for stargazers in the northern hemisphere.

It is designated comet C/2020 F3 (NEOWISE) or just Neowise for short. This comet takes over 6900 years to orbit the Sun and this is perhaps not its first time around. It survived its closest approach to the Sun and is now on its way back out to the Oort cloud but on its way will be closest to the Earth in a week or so.

The current brightness is expected to drop due to receding distance from the Sun but as it is getting closer to Earth and getting higher in our Summer night skies it will be more visible. This rapid movement through the inner Solar System means it’ll be moving across the sky from night to night against the background stars and constellations. The chart below shows its position for the days in July.

It climbed high enough from 6th July to not set i.e. become circumpolar. It goes ‘the wrong way’ around the Sun and so has appeared first in the morning sky but as it moves out of the inner Solar System, moving from near Auriga to under Ursa Major it’ll become more visible in the evening sky. On 10th July it could first be seen dimly about 10:30pm in the Northwest but it wasn’t until after 1am before it began to rise into darker skies.

You’ll find it between the Northwest and Northeast about 5 to 10 degrees high. This is low. Hold out a fist at arms length and ‘rest’ the bottom of it on the horizon. The top of your fist is about 10 degrees above the horizon for example.