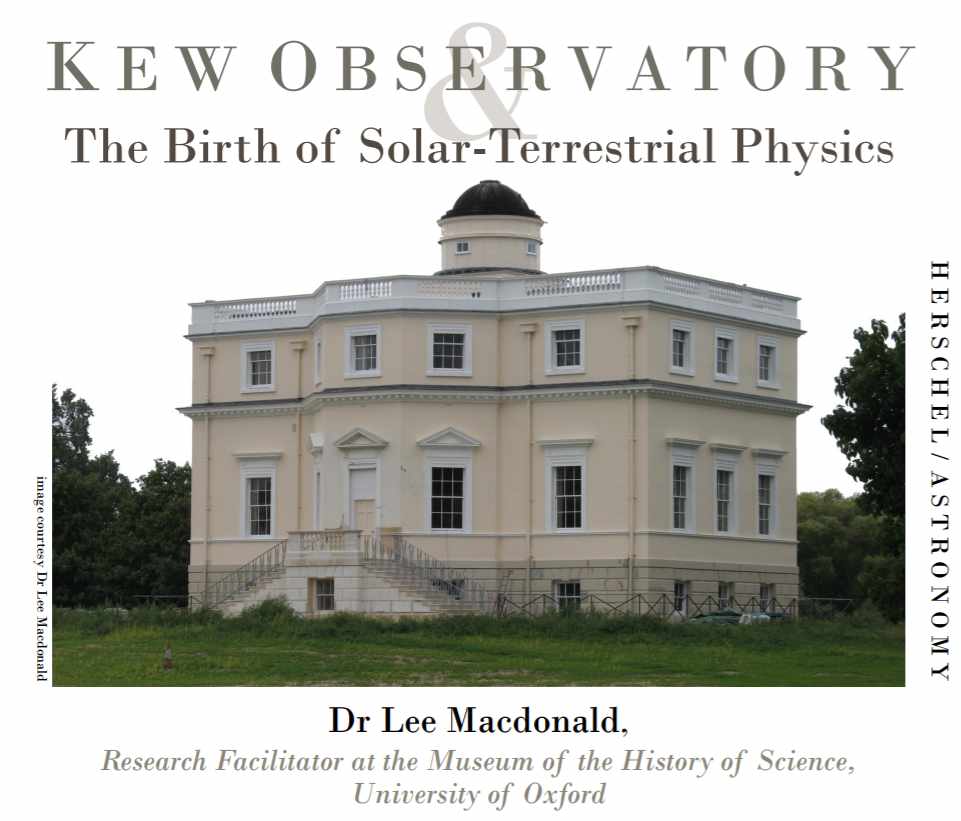 William Herschel Society lecture by Dr Lee Macdonald on  Thursday 1 February 2018 @ 7.30 pm in BRLSI. He is the Research Facilitator at the Museum of the History of Science, University of Oxford.

Originally built in 1769 to enable King George III to observe that year’s transit of Venus, Kew Observatory became one of the most important scientific institutions in nineteenth-century Britain. Dr Lee Macdonald will explore how a group of astronomers and science devotees – notable among them Sir John Herschel (1792-1871) used Kew Observatory as a site for the world’s first systematic programme of daily solar photography in tandem with observations of the Earth’s magnetic field. The work was a precursor of the ground- and space-based solar imaging and space weather monitoring that we take for granted today.